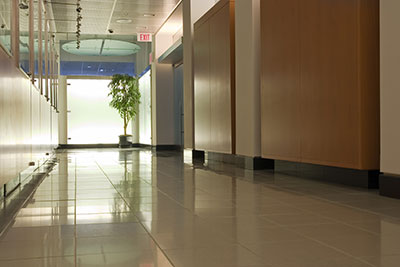 There's no doubt that this is effective at cleaning the tiles, but it can also remove a part of their surface and cause severe discoloration. In general, it's harder to restore color on tiles than on most other surfaces, and replacing the affected tiles is often the only way to restore appearance – that is, unless you give us a call.
​
We're familiar with what works and what doesn't when dealing with difficult tile cleaning jobs. We'll make sure that our cleaning substances are powerful enough to do the job without damaging the tile's intricate pattern. Aside from substances that hardened on the surface, our customers will sometimes call us due to a spill they failed to notice before it was too late, having caused their tile to seemingly lose color for good. Here, we'll scrub away every millimeter of whatever spilled before working with you to reach a color that most closely resembles the original one. While we might not be able to fully restore the tile's appearance, we will likely be able to blend the area in question with the rest of the tile, making it seem like a natural part of it.

​Another job we're often called to do is restoring the tiles' shine and colors that faded because of infrequent mopping – if your tiles are no longer glossy and have adopted a shade, we'll make them seem brand-new in no time. In contrast with how easy it is to clean tiles, there's rarely any way to prevent floor grout from darkening over time. Its porousness attracts dirt, even with regular cleaning. Brown and black grout looks the worst, but it's pink grout that's the most critical – a pink hue tends to convey the presence of bacteria.

Whereas otherwise you would have to replace the grout, our cleaning solution will bleach even the most darkened versions of it while also eliminating any germs, bacteria and mold. No matter the state of your grout, you can expect us to restore it to a white or white-ish appearance with a single treatment. Your kitchen and bathroom will be more inviting and will no longer give off an unclean appearance, and you'll also have peace of mind knowing that your grout isn't home to anything that could threaten your health.
Call 561-701-8081